The award winner will be selected based on their proposal’s scientific merit and potential to replace the use of animals in inhalation testing, and will receive a $15,000 (~€15,237) award redeemable for Epithelix tissues (MucilAir™, SmallAir™, or AlveolAir™) and/or primary human alveolar macrophages (at standard commercial prices). Researchers from any sector (e.g. industry, academia, and government) are encouraged to apply, and this opportunity is open to applicants worldwide.

Epithelix initiated a fundraising to encourage worldwide researchers to use in vitro human tissues as an alternative to animal testing.

The award winners were selected based on their proposal’s scientific relevance to replace animal testing, and received a 5'000 € award redeemable for MucilAir™ or SmallAir™ tissues (at standard commercial prices). Researchers from any sector (e.g., industry, academia, government) were encouraged to apply, and this opportunity was open to applicants worldwide. 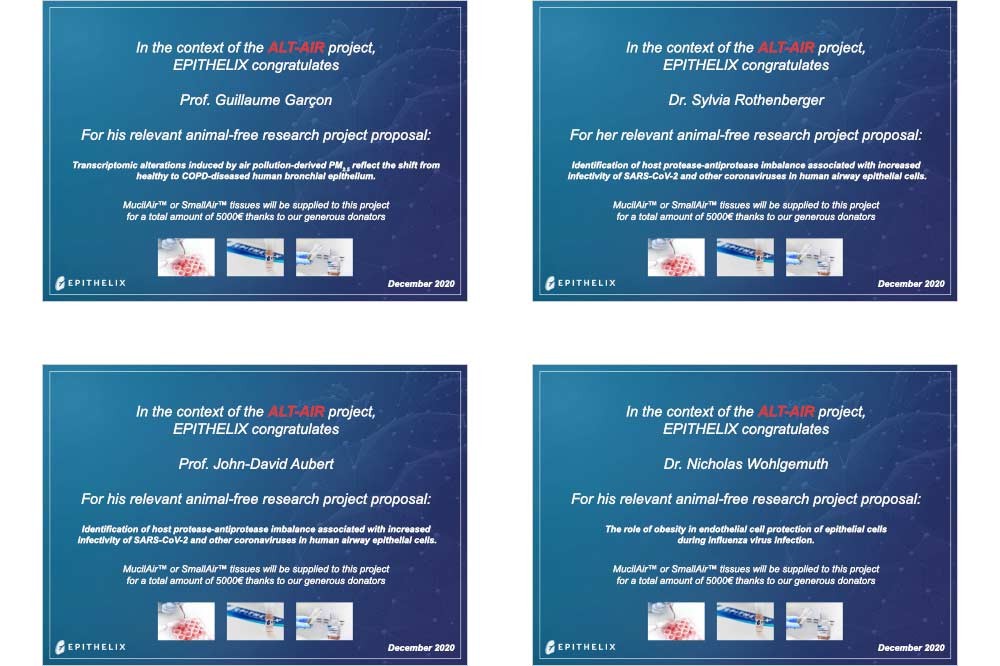 Presented by the PETA International Science Consortium and Epithelix

After receiving proposals from all around the world, three researchers were chosen based on their proposals’ scientific merit and potential to use the tissues to replace animals in inhalation testing:

Kristine Nishida, from the Division of Pulmonary and Critical Care Medicine at Johns Hopkins School of Medicine, will expose the 3-D tissues to cigarette smoke to elucidate the mechanism underlying the progression of chronic obstructive pulmonary disease (COPD). She will also study tissues from human donors with COPD to gain a deeper understanding of the disease pathogenesis and how to reverse its effects.

Dr Chang Guo, Public Health England, will use the tissues for toxicity testing of carbon nanotubes.

Dr Richard Gminski, University of Freiburg, will use the tissues to evaluate the efficacy of drugs on Klebsiella pneumoniae, an antibiotic-resistant bacterium that poses a health threat to hospital patients worldwide.

Epithelix won the prize Jaubert 2016 as a reward for its outstanding work oriented towards the well-being of humanity. 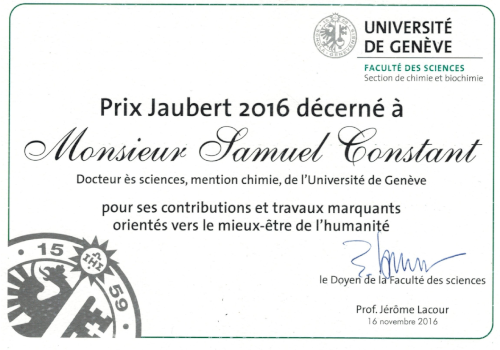 Epithelix won the Initiative Genevois 2015 prize awarding its success and its potential. 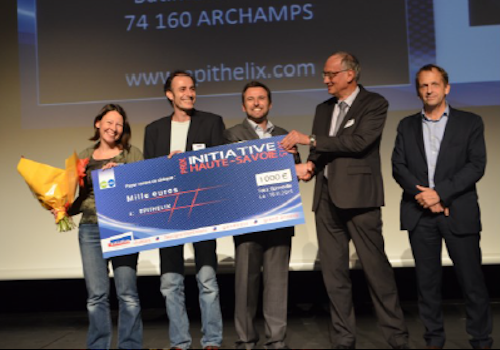 Epithelix won the ECOBAT 2014 prize awarding the implementation of an in vitro cellular assay for toxicity assessment of construction materials based on human 3D airway epithelium model. 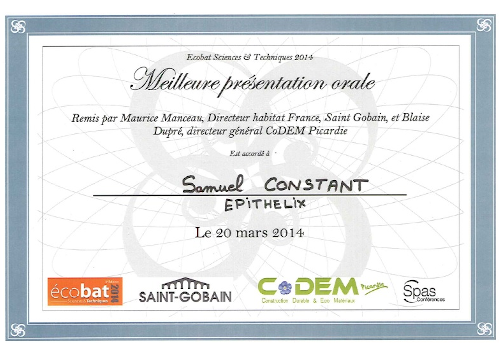 Epithelix won the trophy for innovation awarded by the Swiss and French Commercial and Industrial Chamber (CFSCI). Epithelix was rewarded for its unique technology, its rapid development and its management team. 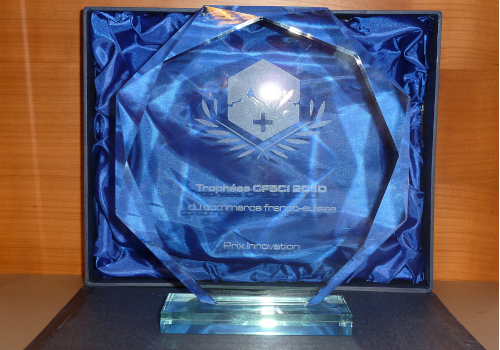 Epithelix won Geneva young industry price 2010 rewarding the high degree of innovation of its products, its unique technology and its rapid development. 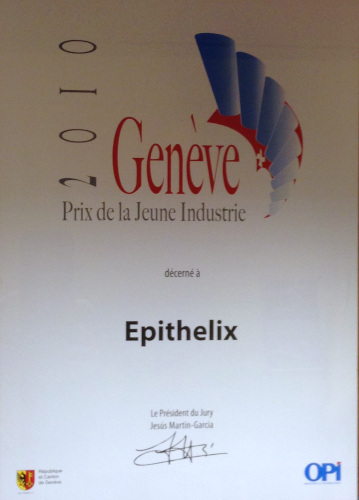 The Doerenkamp-Zbinden foundation for alternative in biomedecine awarded a prize for the poster presented by Epithelix at the 7th World Congress on alternatives to animal uses in life science.

Epithelix was awarded for its team spirit, its success and its potential.

Red Herring annouced that Epithelix Sàrl was among the Winners of the Red Herring 100 Europe, an award given to the top 100 private technology companies based in the EMEA (Europe, Middle East and Africa) region each year.

"During a difficult year, Red Herring still received an impressive list of submissions from companies across the EMEA region, clearly demonstrating Europe's role as a major center of innovation in the global technology sector," said Red Herring Managing Director, Farley Duvall. *The exceptional accomplishments of European technology startups and entrepreneurs are a testament to the rapid advancements being made in building the European innovation ecosystem."

Red Herring's lists of top private companies are an important part of the publications' tradition of identifying new and innovative technology companies and entrepreneurs. Companies like Google, eBay and Skype were spotted in their early days by Red Herring editors and touted as leaders that would change the way we live and work. Red Herring's editorial staff rigorously evaluated several hundred private companies through a careful analysis of financial data and subjective criteria, including quality management, strategy execution, and dedication to research and development.

Epithelix was one of the winners of the W.A. de Vigier Foundation prize 2008.

Epithelix was awarded the Venture Leader 2008 prize from VentureLab. This prize confirmed the readiness for suistainable growth.

Epithelix was one of the short listed nominees 2007. The W.A. de Vigier Foundation recognized the potential of Epithelix.

Epithelix was awarded the CTI Start-Up Label. The Label confirmed the readiness for sustainable growth.

Epithelix was one of the Short-listed Nominee for the 2006 Word Technology Award for Health and Medicine.

The World Technology Network (WTN) is a global meeting ground, a virtual think tank, and an elite club whose members are all focused on the business and science of bringing important emerging technologies of all types (from biotech to new materials, from IT to new energy sources) into reality. The WTN's membership is composed of approximately 1000 members from more than 60 countries, judged by their peers to be the most innovative figures in the technology world.

Finalist of the "Eclosion" prize for innovation, 2006

Epithelix was selected among the finalists of the "Eclosion" award for innovation.

Epithelix was selected among the finalists of the award Venture idea 2006 organized by ETH Zurich and McKinsey & Company.

E.Naef foundation for in vitro research, 2005

Award 2005 of the foundation E. Naef for in vitro research.